Major news channels like FoxNews, MSNBC, and CNN rely on social shares on their news articles and video clippings to act as sources of information to millions of people. But, stories they see depend on the news outlet they read and follow. In the past year, political news has become more divisive and biased. Recently, President Donald Trump...

Major news channels like FoxNews, MSNBC, and CNN rely on social shares on their news articles and video clippings to act as sources of information to millions of people.

But, stories they see depend on the news outlet they read and follow. In the past year, political news has become more divisive and biased.

This caused us to wonder, is there REALLY a measurable difference in the news these days?

We set to work by analyzing top articles, engagement metrics, headlines and sentiment data belonging to two news giants – FoxNews and CNN. Here’s what we found.

It’s 2019, and not surprisingly, the news is dominated by Donald Trump. Accompanying themes may vary, but interestingly that depends on the source. For example, these are the topics and people FoxNews focused on in 2019. 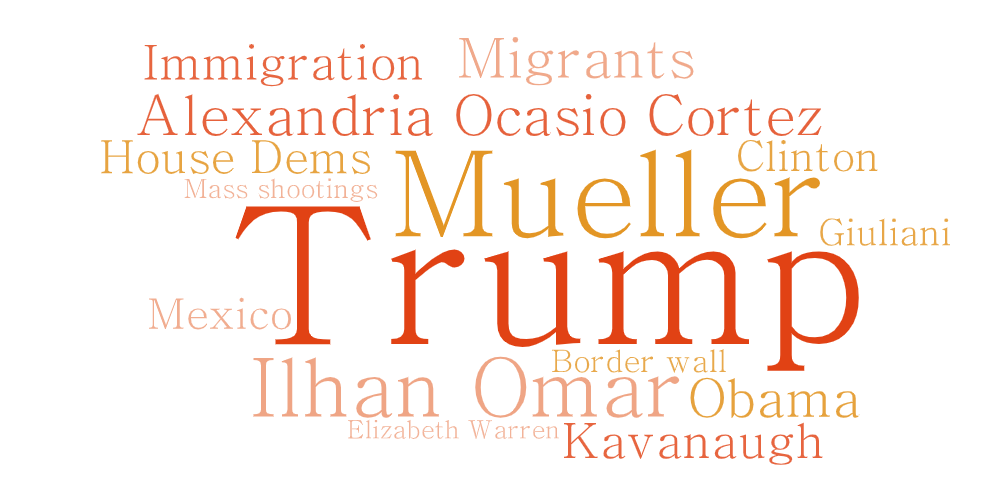 In comparison, here’s what CNN mostly fixated on. And predictably, CNN showed more variety in dealing with various topics as it is said that President Donald Trump treats FoxNews as a “state-run television channel“. 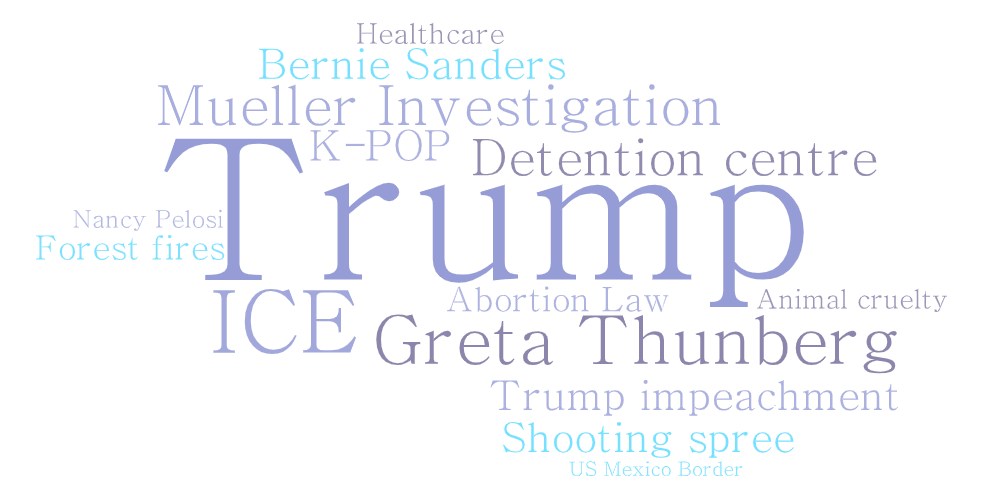 According to an article from Vox, Fox News depicts an “alternate reality” where headlines are either exaggerated or dismissed as insignificant. Numbers show that Fox News has a significantly larger viewer and reader base than CNN. Source.

Our engagement metrics analysis on both sources, however, shows that audience and readers have engaged more with CNN than FoxNews.

So, what can we discern from the top articles of 2019 that received the most number of shares and engagement from Fox News and CNN?

While politics does overshadow other topics, CNN seems to also spend resources on more general news, while Fox News seems to have put in a lot of effort into articles related to President Trump and his scandals in detail.

We also analyzed over 500 headlines using Social Animal (which analyzes the sentiment of content) from both news sources and found a stark contrast in headline sentiments.

Here’s what the headlines say. 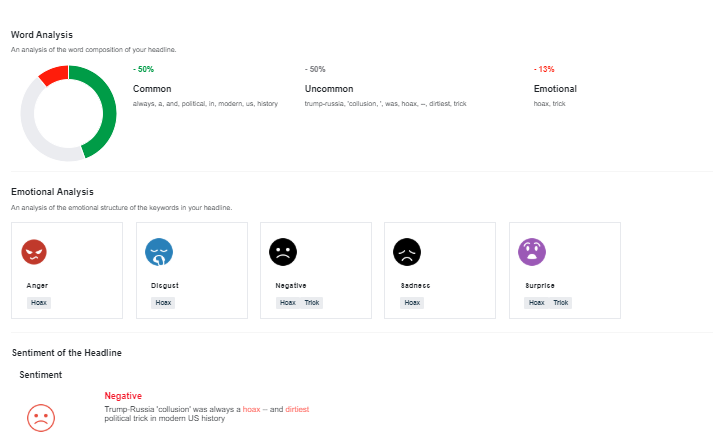 Headlines from CNN on an average are neutral while most Fox News headlines (approximately 70%) featured more negative sentiment.

To elucidate this, here are two headlines from Fox News and CNN talking about the same news:

For more headline comparisons, head over to the slides.

As for Fox New’s growth, here’s a map showing CNN’s downward spiral and Fox’s broadening base.

To give a sense of validation, we analyzed how CNN and Fox News have performed on social media, more specifically on Facebook and Twitter.

There is a clear winner when it comes to Facebook.

Even though CNN tops Fox over page likes and followers with 39 million likes on Facebook, the reactions and the interactions from its audience are considerably lower than Fox News which has a comparatively less 17 million page likes.

Down below is how the audience has interacted with Fox News’s Facebook page. 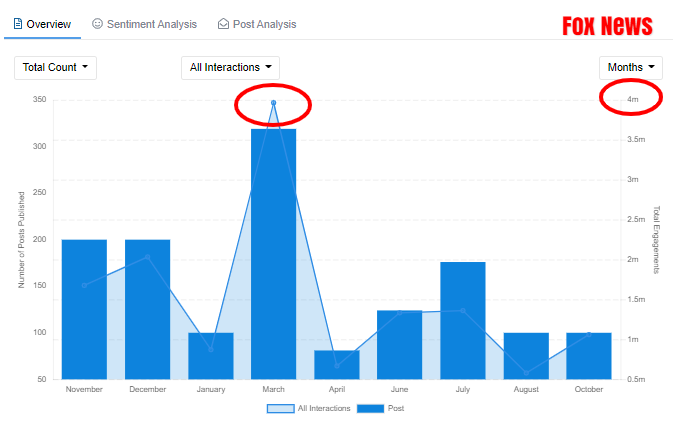 This includes all the likes, comments, and reactions they’ve received across all their posts and the numbers are pretty impressive with the total interactions reaching up to an impressive 3.5million in the month of March.

Although an important point here is that while Fox News is the major purveyor of news and opinion with a conservative slant, CNN faces more competition in the center/left part of the spectrum, notably from MSNBC. So this could have something to do with the results below. 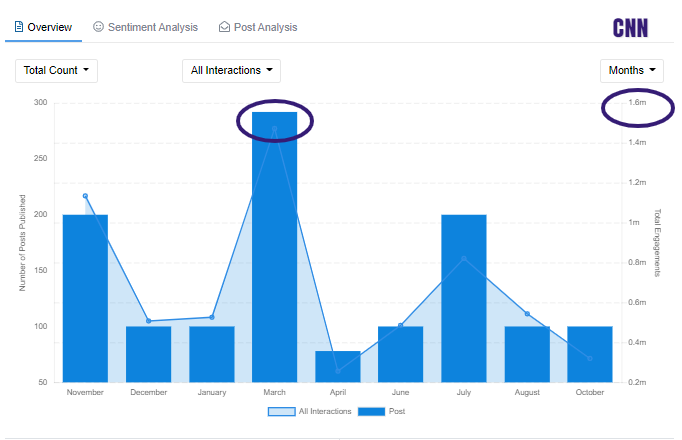 Twitter seems to be the best platform for both Fox and CNN. Celebrities like Kim Kardashian, Elon Musk and Donald Trump are known to frequently share articles from both CNN and Fox.

How has fake news, bias, and politicization affected readership, viewership, and followers?

Not much says the Gallup News Poll. The poll results indicate that trust in online news, talk shows on radio and TV rose most over a 21-year period, almost up by 15 points.

Social Animal‘s data shows a steady rise in the number of average shares for top articles belonging to both news sources over a similar period.

According to our analysis,

Top articles on Fox News had average shares of,

A major contribution to this is the growing number of people who earlier stayed away from the internet becoming more comfortable with it. Essentially, first-time internet users. 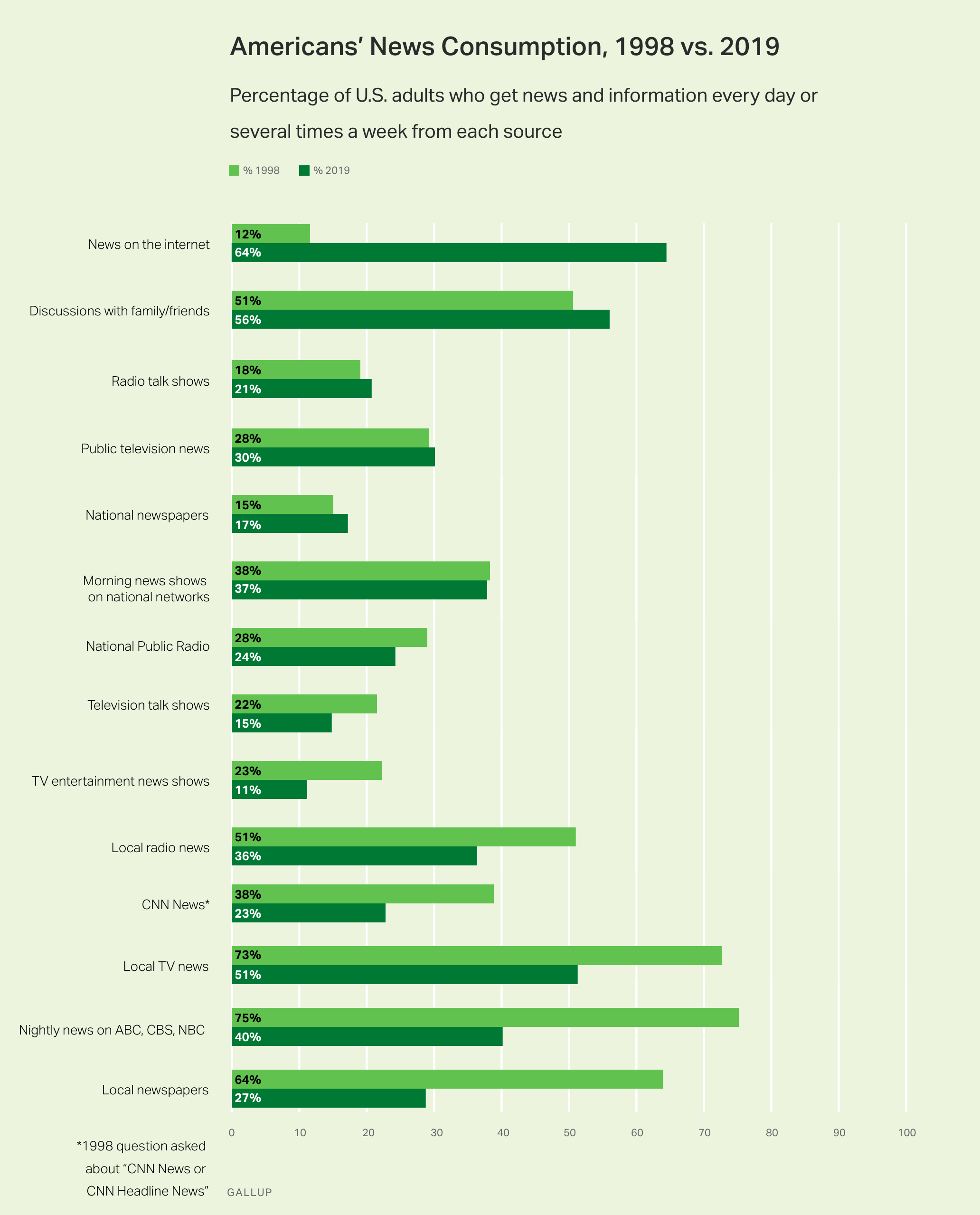 In this era of allegations of “fake news” against mainstream media, websites and radio shows, the idea of political objectivity is not easy to discern. Nevertheless, we can analyze and learn with sophisticated tools like Social Animal.